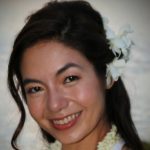 Born and raised in Honolulu, Hawaii, Marina always had a love of music and the arts from a very young age. After studying piano for a short period in elementary school, she began her formal piano studies at the age of 12 under local piano teacher, Robert Stewart. A year later she became a student of nationally renowned piano teacher, Ellen Masaki. Under Mrs. Masaki’s guidance, Marina went on to perform for several events and venues throughout Hawaii, including the Governor’s Mansion, several times at the Prince Albert Festival on Kauai and in performances with the Honolulu Symphony.

After graduating from high school, Marina received the Norton scholarship to study piano at Texas Christian University and moved to Fort Worth where she studied with Dr. Ann Gipson and graduated with honors with a Bachelors of Music Degree in Piano Pedagogy.  It was from the influence and example of her teachers and working with children in the pedagogy program that Marina realized her passion for teaching and subsequently has very much enjoyed working for AHMA and with Twila, as well teaching several private students. She also has a special interest in collaborating with other musicians having performed piano duos with her sister, Leilani, throughout her career and at TCU as part of her honors recital and continues to actively accompany for local high schools and events.

In addition, while at TCU Marina began ballroom dancing through the influence of a friend. Discovering a natural aptitude and talent for dance combined with her passion for teaching, she was quickly hired to train and teach at two dance studios part time. In 2014 she decided to start her own dance studio, Daily Dance Services, with her husband, Matt King who is also a professional ballroom instructor.

Through these opportunities, Marina feels extremely blessed to be able to share her love of both music and dance with her students, as well as how much having a deeper involvement and understanding of them can change one’s life. Regardless of the students’ age or background, she strives to help them achieve this love and appreciation for music or dance and the ability to communicate and express themselves through these arts.

It’s not too late to register!
Please contact to enroll today.

We're not around right now. But you can send us an email and we'll get back to you, asap.

Registration at AHMA is for the school year. For your convenience, a nine-month payment plan is available. Our automated payment system withdraws a monthly payment from your account or charges your credit card on the 2nd of each month (September through May) or once a semester. Early withdrawal before the end of a semester does not terminate responsibility for payment of tuition. (See withdrawal policy below.)

A 30-day notice is required for early withdrawal. One of the two following conditions will apply: (1) Refunds for withdrawal from classes during the semester will be limited to the tuition for remaining classes minus four week’s tuition. (2) For those making payments in quarters, one payment will be due upon withdrawal.

Parental supervised practice is of utmost importance! Parents are partners in the learning process. Gentle encouragement is needed for the student to feel the delight of successful learning. It is very important that a student feel successful at the tasks he or she is attempting. Please encourage daily practice. Younger children should not be expected to do all of their practicing alone. Sing songs together, practice rhythm and note reading exercises together, practice the assigned pieces together. Try to set aside the same time every day for practice sessions, and make it a goal to practice each piece multiple times each day. Practice time is rewarded through our Practice Points program. Students can receive small prizes throughout the year, and end-of-year awards are also given out.

Bad weather closing of AHMA will coincide with Fort Worth ISD. Information on school closings is available from radio/TV. Due to scheduling difficulties, bad weather days cannot be made up.

Students and parents arriving early should enter through the front entrance and wait for their class in the waiting room (foyer). Parking is available in front and behind the school. Please do not park in the driveway! This blocks students and parents who wish to park in back from entering and exiting.